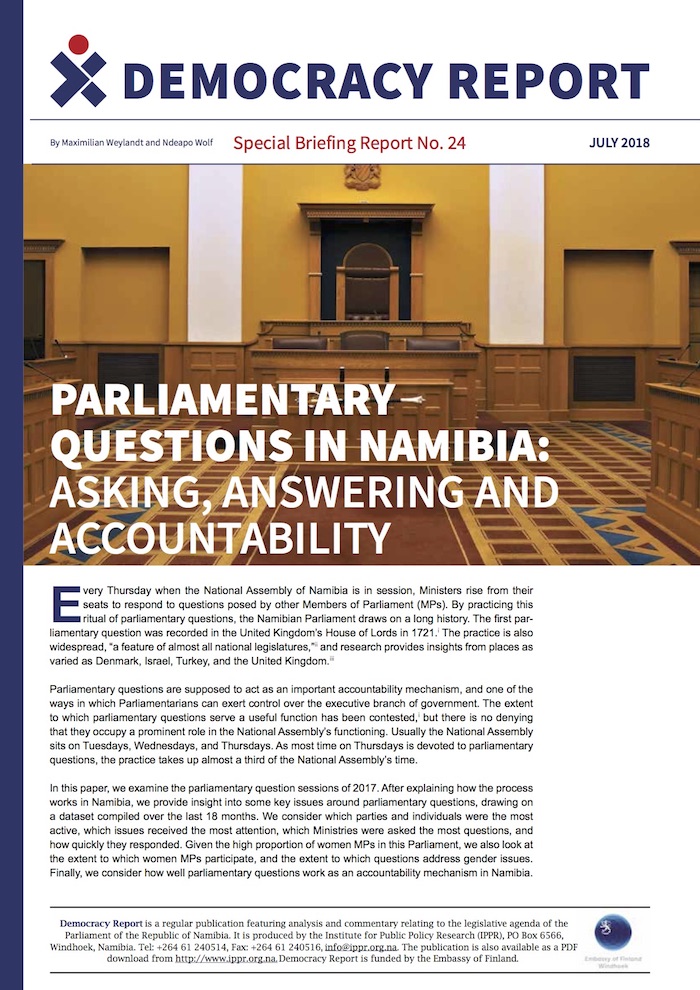 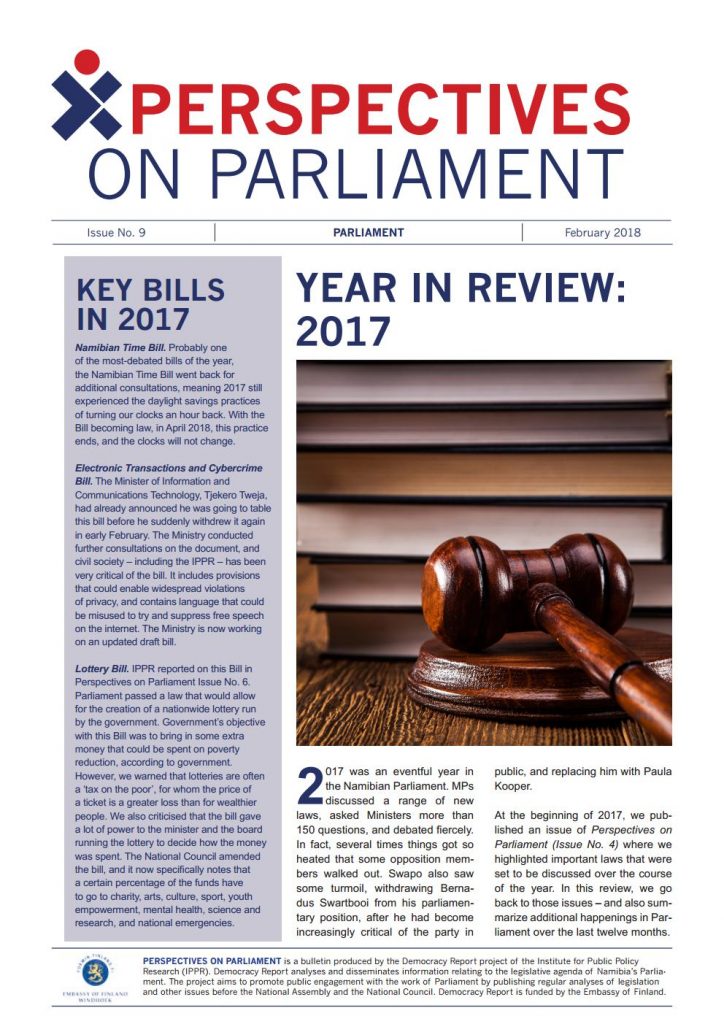 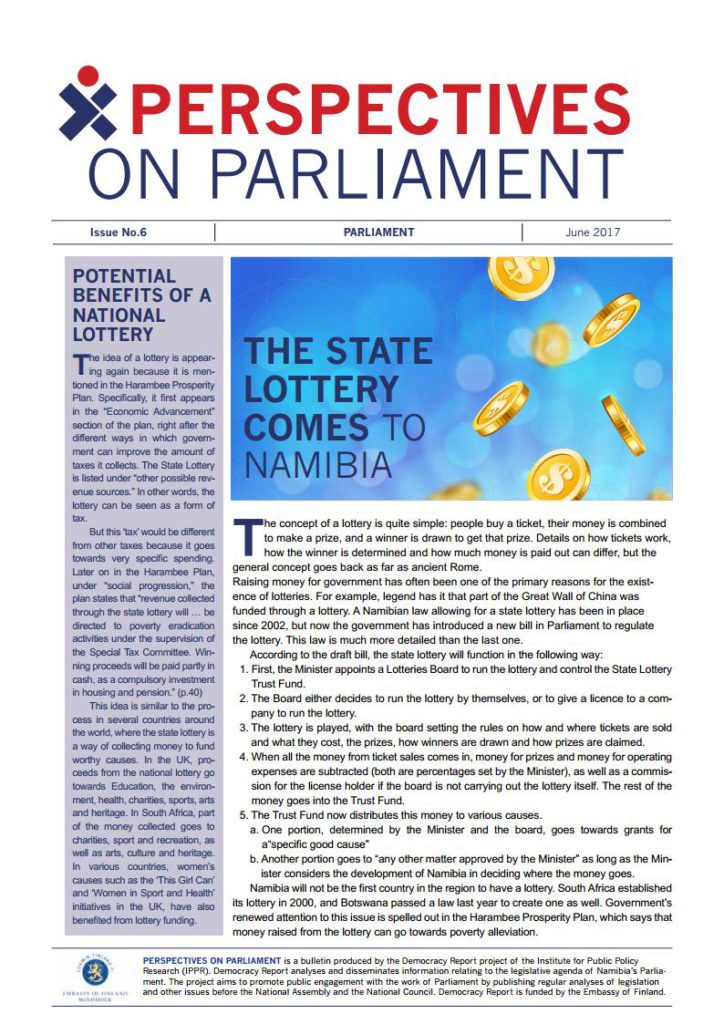 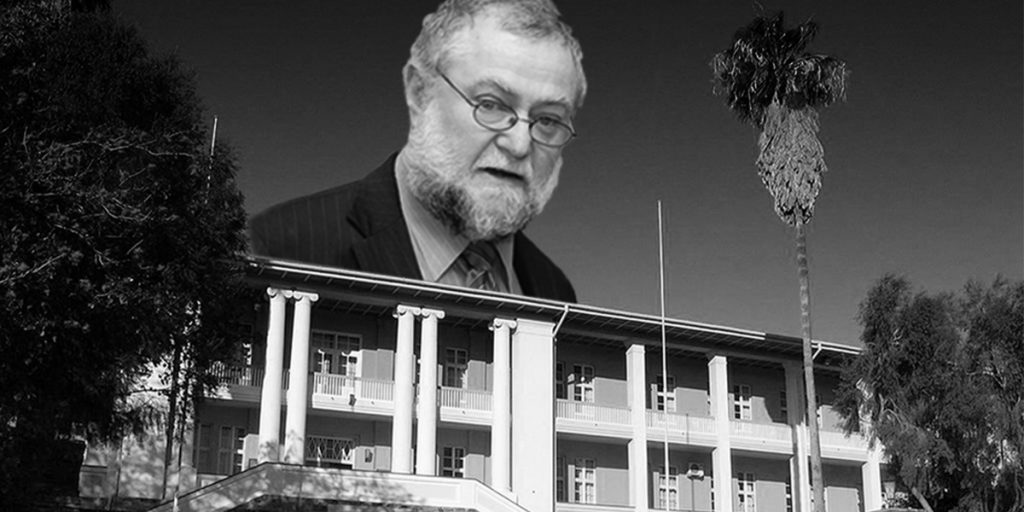 What’s Happening in Parliament This Year? 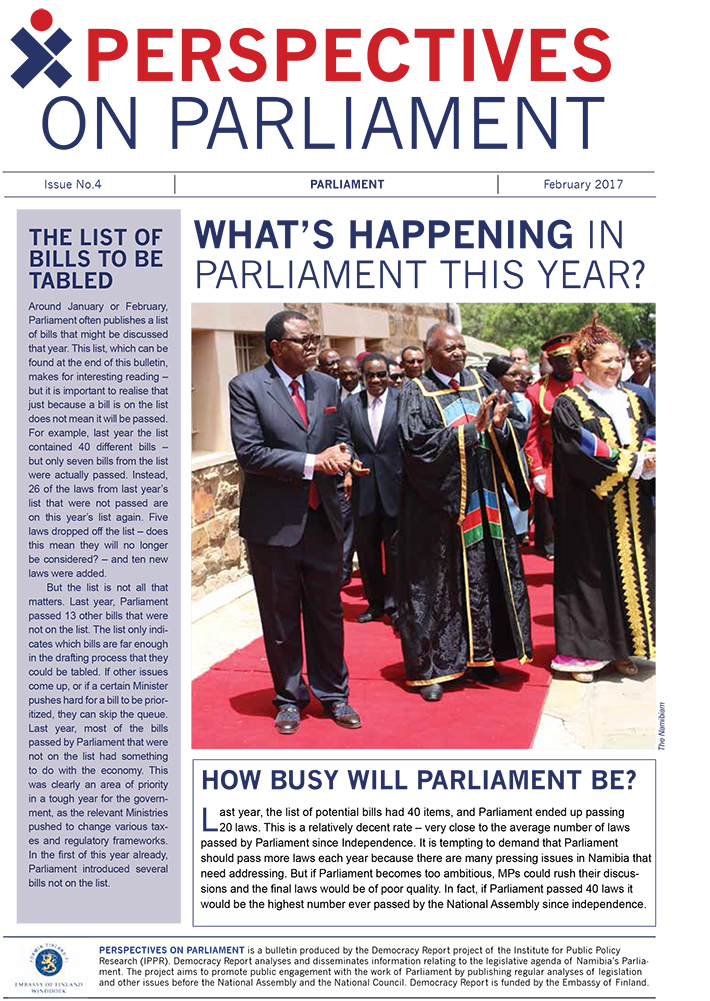 We discuss some laws that will be discussed, and highlight issues to look out for

Welcome to the Democracy Report Blog!

For a few years now, IPPR has worked on a project called Democracy Report that focuses on the work of Parliament, analysing the bills that are in front of the house and explaining them to Namibians. This year the project enters a new phase, and so changes are coming to how we do things. Of course, […] 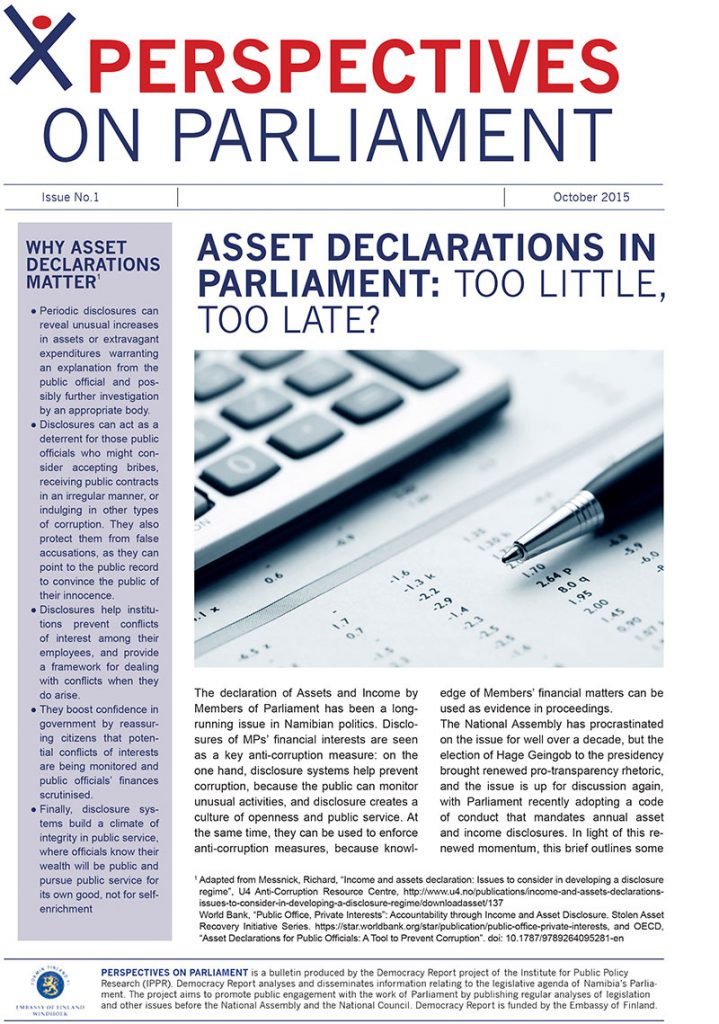 With MPs facing a November 30 deadline to declare their assets, the IPPR takes a closer look at the issue