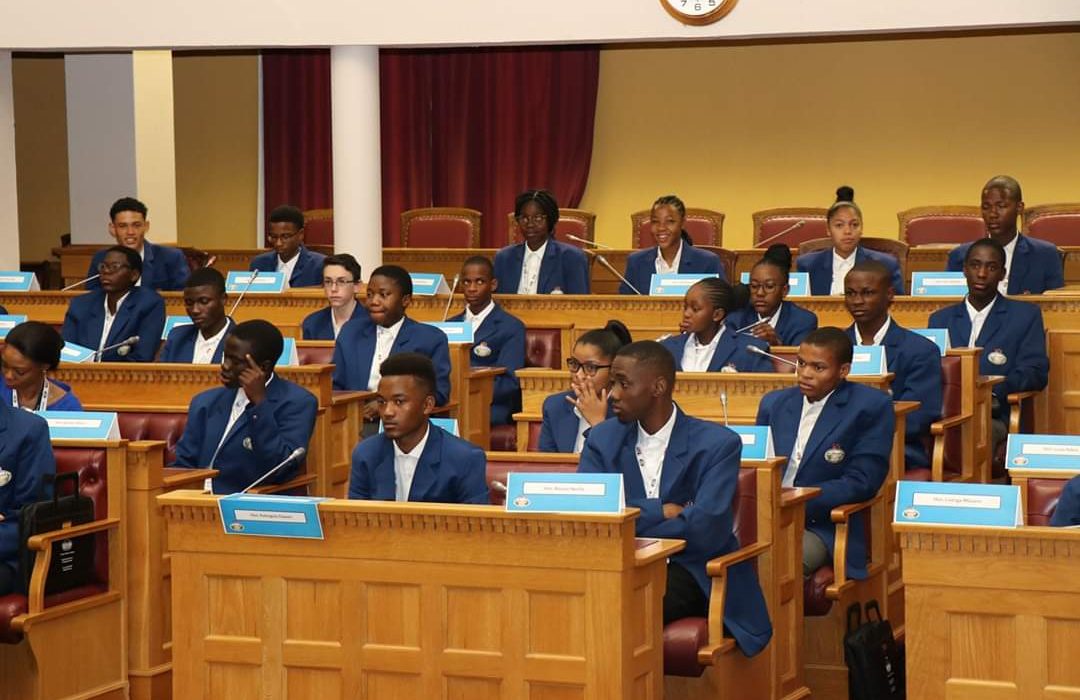 The 5th Children’s Parliament convened at the National Assembly over the 19th to 23rd August 2019. The group comprised 91 learners from all 14 regions who met under the theme “Engaging Young People in the Legislative Process”. In his opening statements, Hon. Prof. Peter Katjavivi stated that “the fundamental aspect of the Children’s Parliament is the fact that it makes it easier for children and young people’s participation in the democratic processes of their country”. The event was also attended by UNICEF country representative Ms. Rachel Odede and UNSDG Special Advisor to the UN Secretary-General on Disability, Mr. Edward Ndopu. “This week’s gathering is about our children and young people in relation to their future, their rights to have a voice and their right to be heard by leaders” said Ms. Rachael Odede, UNICEF country Representative.

During the session, members debated issues around gender equality, social and economic justice, and the political process at large. Various themes were covered in the motions discussed, including child marriage, the rights of people living with disabilities, and the presence of military personnel in ‘Operation Kalahari’ activities. NDF personnel in the operation are continuing brutalizing and killing innocent civilians. The recent fatal shooting of a Zimbabwean taxi driver during the operation was given as an example.

The standing committees will not continue to meet. However, one of the Children’s Parliament MPs suggested that they should go back to their respective communities; do further research on matters affecting their lives especially issues around children living with disability and come back with concrete well informed results for debate.

The Children’s Parliament experienced some of the challenges of the democratic process as their debates were often informed by strongly opposing views. Organisers of the event said that they considered it an important platform for the youth to voice their opinions on matters affecting their lives, and those matters likely to affect them in the future.