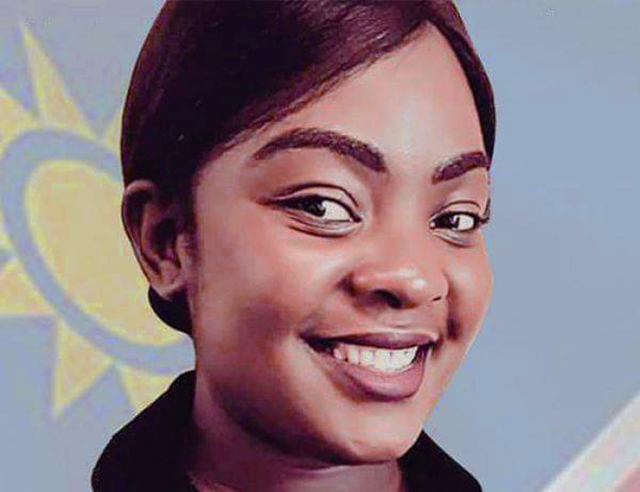 The emergence of independent candidates may be a trend that develops towards the holding of the regional council elections at the end of 2020. We are still a long way off from that election. People on Twitter saying they will stand in the regional elections that are still almost a year-and-a-half away doesn’t mean much at the moment.

The Ondangwa by-election, taking place on June 15 2019, will be an interesting test case for the possible success of independent candidates in 2020. However, it is always difficult to defeat an incumbent ruling party and Swapo remains the overwhelming favourite to retain Ondangwa Urban. The independent candidate, Ms.Angelina Immanuel (pictured), should do better than the opposition parties that are standing if only because she brings something different to the usual political mix. If she is unable to beat these opposition parties then it could throw into doubt any strategy of putting forward independent candidates at next year’s regional elections.

The only example we have of an independent candidate winning a regional council contest is that of Katjanna Kaurivi in the Otjombinde constituency (elected in 2015). He was formerly a prominent local Swapo activist and maintains that he is still a member of the party. He has complained that his constituency has been starved of development projects in a bid to dissuade voters from backing him – so life can be difficult for constituency-based independents who take on a dominant ruling party. Because regional councils are not very powerful structures within Namibia’s political system (many key decisions are still taken by central government in Windhoek) elected regional councillors do not wield much power or influence. Unless they are chosen to represent their region in the National Council they do not have much of a national profile.

Local issues and the potential for voters to switch to an independent as a ‘protest vote’ may occasionally result in independents being elected to regional councils. But party politics are deeply entrenched in Namibia and voters may later revert to their traditional party allegiance. For example, in the 1998 local authority elections, residents associations did well at several towns and took control of Otavi and Rehoboth but by the next elections in 2004 they had largely faded away.

If an independent candidate were to win the presidential elections then it would trigger a number of awkward governance issues as the independent president would have to appoint a Cabinet made up of party representatives. They would have to make some kind of agreement with each other – which respected the priorities and promises of both the victorious independent candidate and the dominant political party in the National Assembly election. If they were unable to establish a working relationship it would cause a governance crisis which could lead to an impasse and legislative paralysis that would be hard to solve.

Around the world there have been examples of independent presidential candidates being elected and finding a way to work with party MPs. Iceland and Finland are two current examples where the president is an independent. Because party politics are so deeply embedded in Namibia independent candidates have little hope of actually attaining power especially at the national level. What independent candidates can do is focus the minds of the electorate on particular issues such as land, corruption, or housing and give an option to voters who want to lodge a protest vote against the ruling party.

Finally it should be remembered that it’s not easy to get nominated as an independent candidate for the presidential elections – according to the 2014 Electoral Act an independent candidate needs 500 signed-up supporters in each region to be able to stand. That’s quite a high threshold intended to rule out candidates who are not serious. It will be interesting to see if the individuals who are currently looking at standing can pass this threshold.