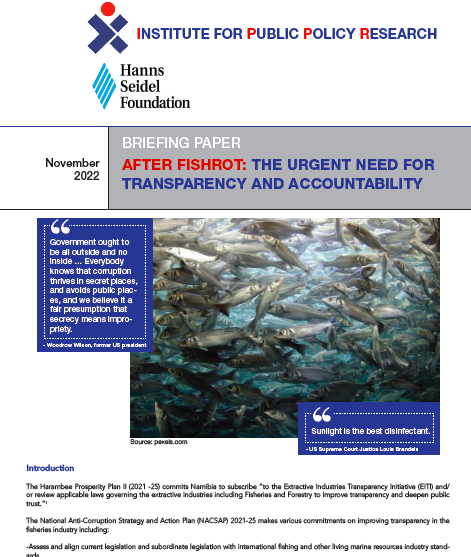 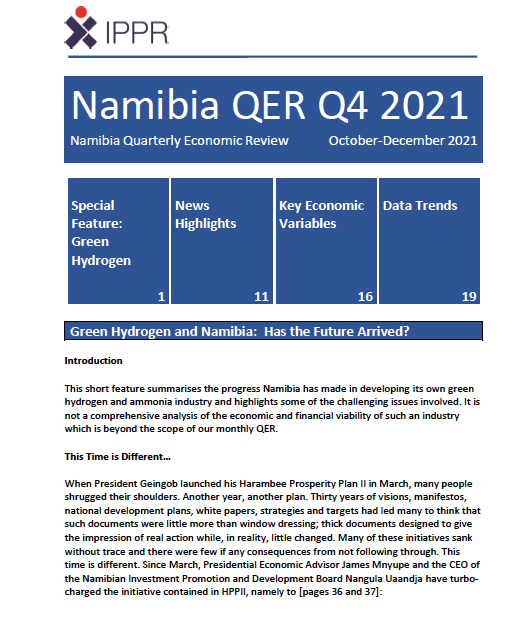 The QER for the fourth quarter of 2021 looks at economic developments in Namibia between October 1 and December 31, and includes a special focus on green hydrogen. This short feature looks at the progress Namibia has made in developing its own green hydrogen and ammonia industry and some of the challenges it will face […]

This article surveys progress made on Vision2030, citing several experts in the process of comparing the goals set with the progress achieved so far. The Villager cites IPPR director, Graham Hopwood: Hopwood says there is still time to meet many of the Vision 2030 goals but it is necessary to monitor progress and also ensure […]

Corruption rankings show that government should adopt a different approach to measuring how effectively the Harambee Prosperity Plan is being implemented.

Women in the Harambee Prosperity Plan 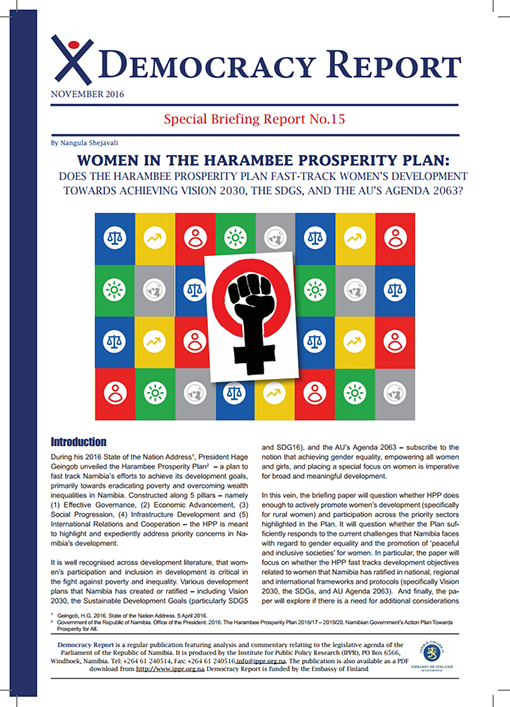 The Harambee Prosperity Plan arrived with much fanfare in the beginning of 2016. Meant to focus attention on key development plans, the document contains sections on governance, international relations, the economy, infrastructure, and social welfare. It also came a year after the ruling party had contested its first election under its new 50-50 gender quota, […]

Harambee not realistic by 2020

Harambee not realistic by 2020