Staff Reporter – The IJG Business Climate Monitor stood at 52.5 points in August, continuing the downward trend that started in July 2018.
“However, the decline of the IJG BCM slowed down to 0.7 points compared to July when it lost 1.2 points,” says the Institute of Public Policy Research (IPPR), compilers of the monitor.
The leading indicator, which predicts future trends, increased by 0.5 points to 41.2 points by the end of August.
“Although remaining under the 50 point mark and therefore still indicating an economic contraction, the slight upward trend, if continued, indicates that the economy is gaining some momentum again,” the IPPR says. 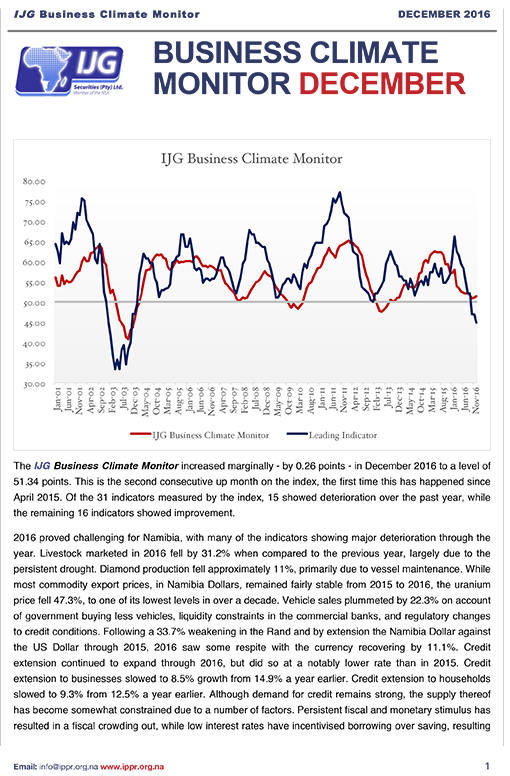 The Index shows an increase for the second time in a month — the first time this has happened since April 2015. This report looks over the index’s performance over the last year, a challenging period in which almost half the indicators showed a decline.