Growth at Home Four Years On 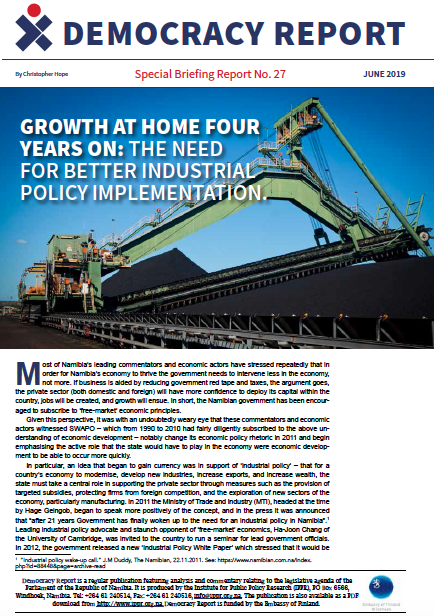 Namibia’s plan for industrialisation, Growth at Home, was adopted in early 2015. The 52-page policy guide represented a clear interventionist-turn in the government’s economic policy. As if to indicate the new approach, the Ministry of Trade and Industry was renamed the Ministry of Industrialisation, Trade and SME Development (MITSMED) in the same year. But since […] 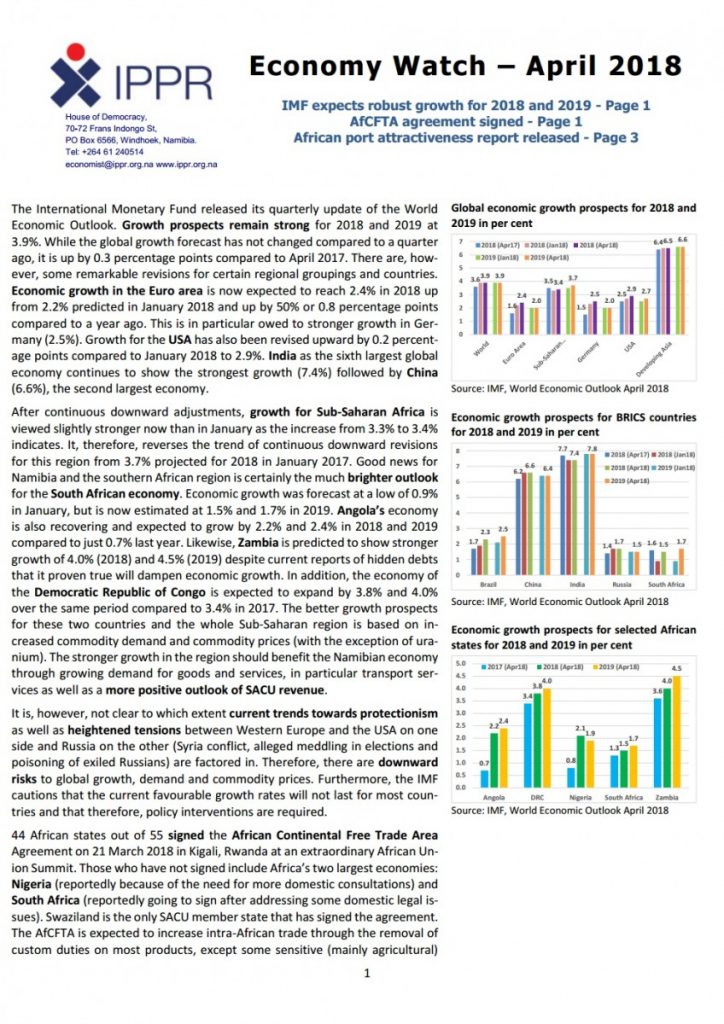 This issue discusses the IMF’s relatively upbeat growth forecasts, as well as a new free trade agreement for Africa 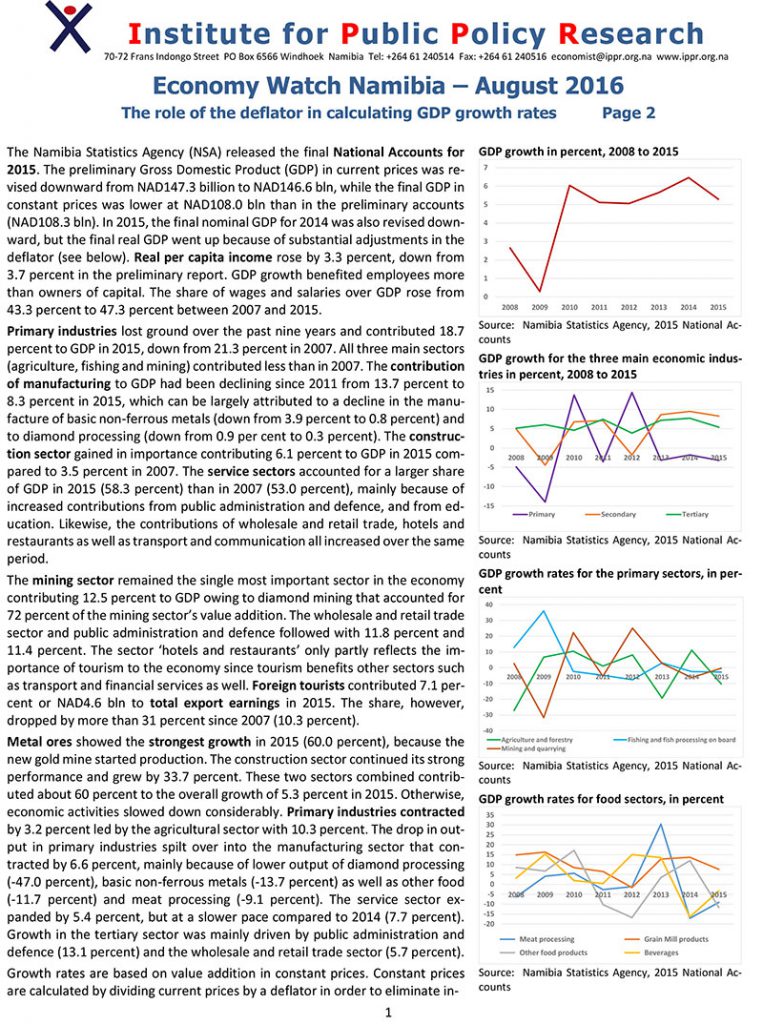 An IPPR overview of National Accounts for 2008-2015 growth indexes in different sectors. . 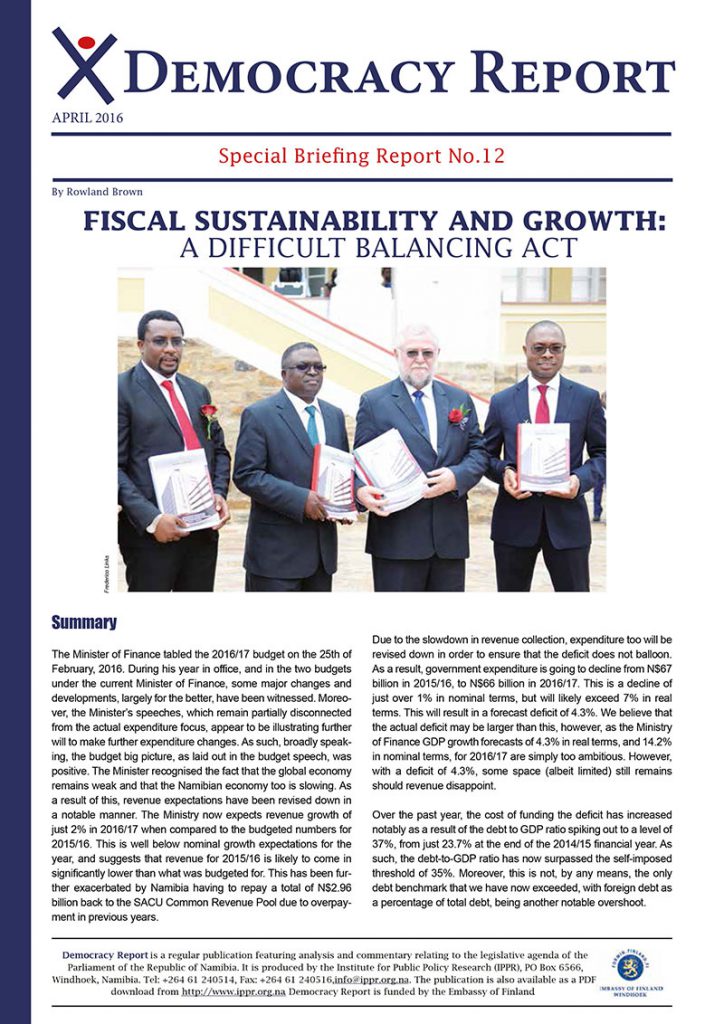 An analytical review of the 2016/17 national budget