The Whistleblower Bill should not pass in its current form

The ACTION coalition is calling on Parliament to refer the Whistleblower Protection Bill to a standing committee for proper discussion and consultations with the public. The bill has three serious faults: 1. Section 52 (1d) allows protection to be removed if the disclosure questions government policy. This has wide-ranging implications: For example a whistleblower who […] 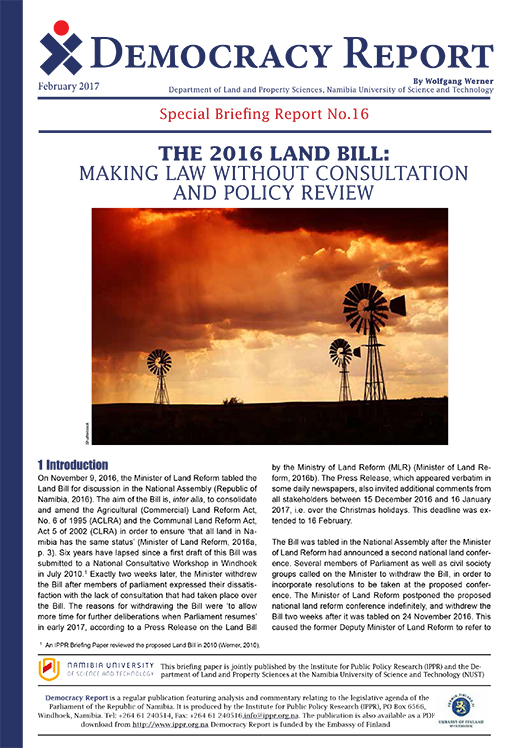 Ahead of the national dialogue on land, this paper looks at the latest draft of the Land Bill. This Bill was the subject of considerable controversy, as government seemed intent on passing it before the national dialogue.However, the bill was withdrawn after being introduced at the end of 2016, and earlier this year the President […]