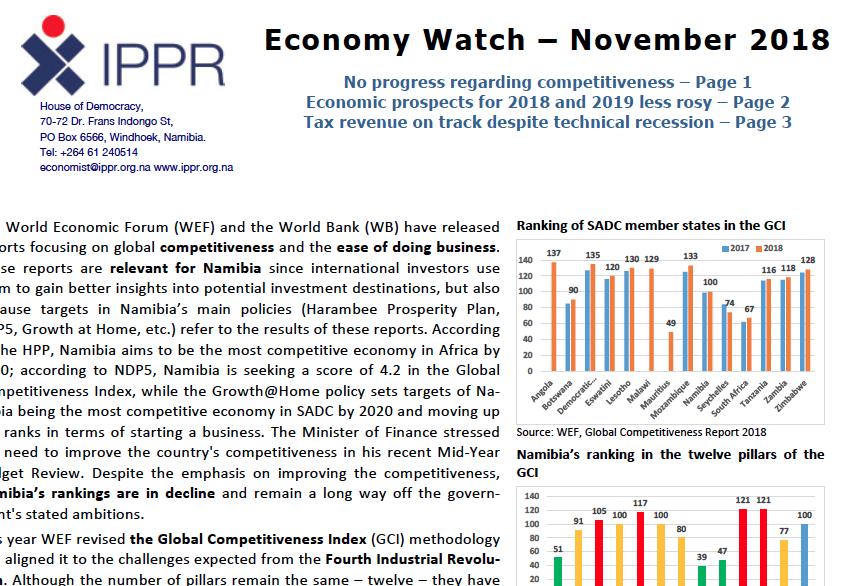 The IPPR’s latest economic bulletin bemoans the fact that Namibia continues to drift down global competitiveness and ease of doing business rankings despite the fact that improvements have been factored into national development targets. Namibia’s economic prospects for the next year remain less than rosy – with growth forecasts being downsized. If current predictions hold, […] 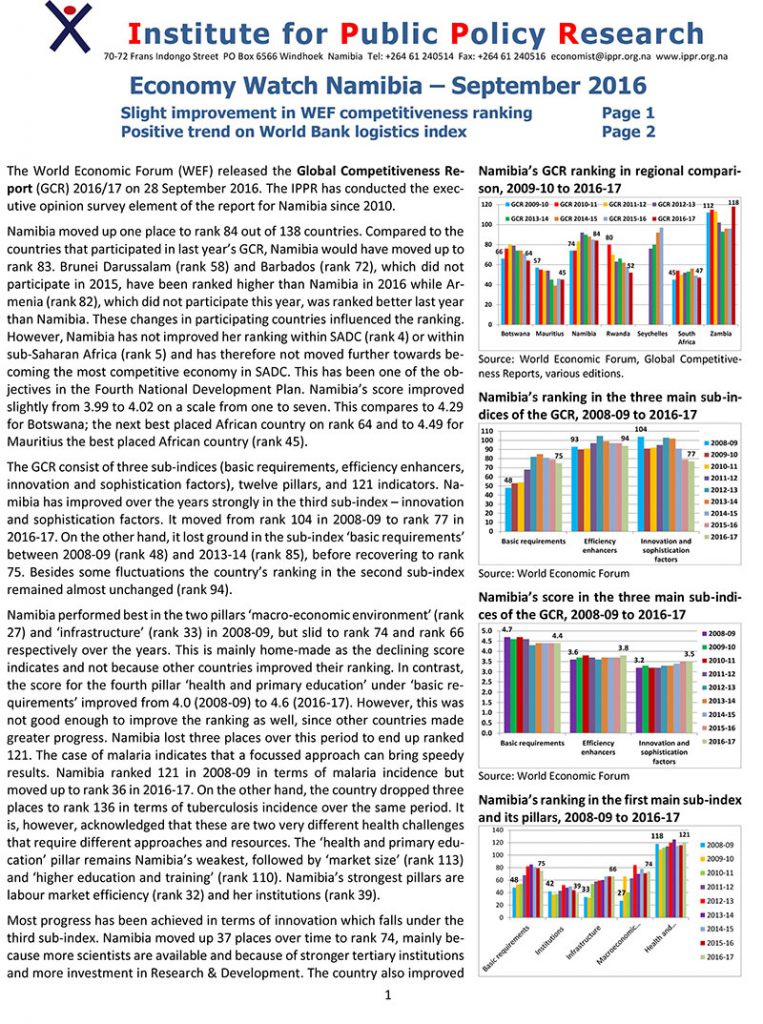 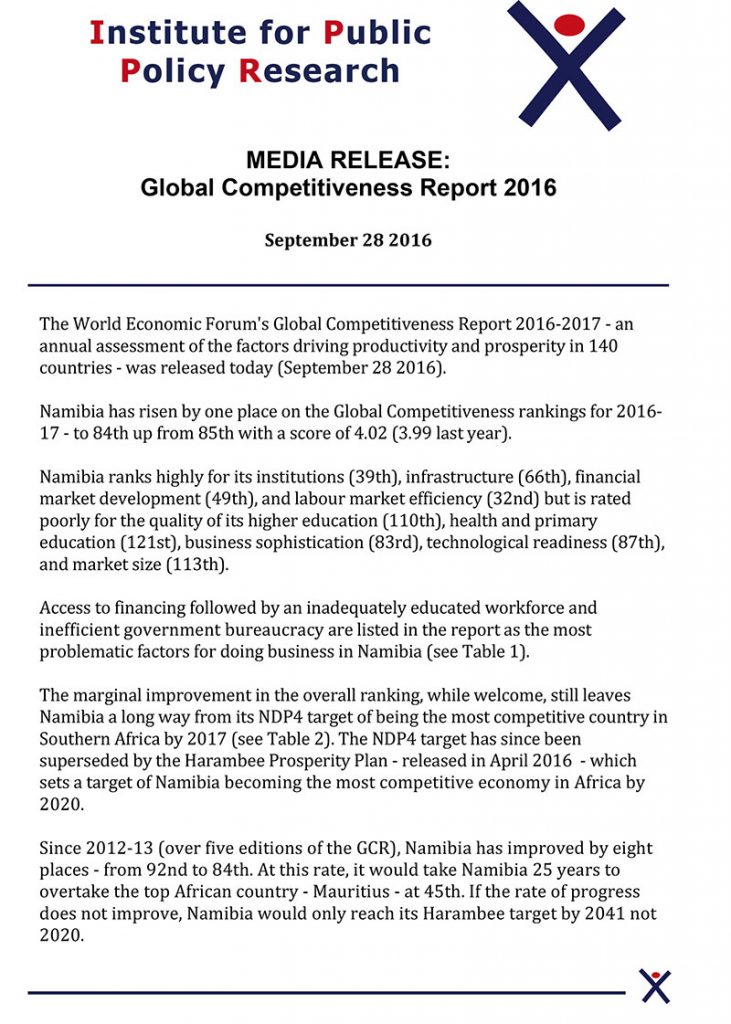 A IPPR  World Economic Forum’s Global Competitiveness Report of an annual assessment of the factors driving productivity and prosperity in 140 countries . 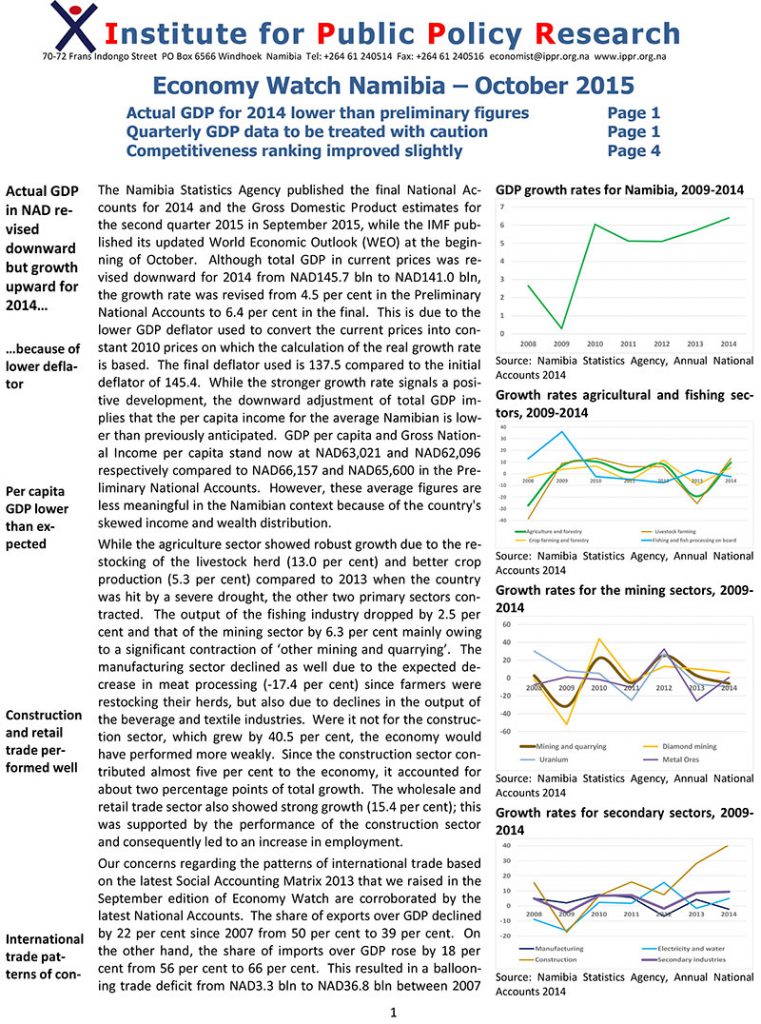 An overview of recent developments affecting the Namibian economy