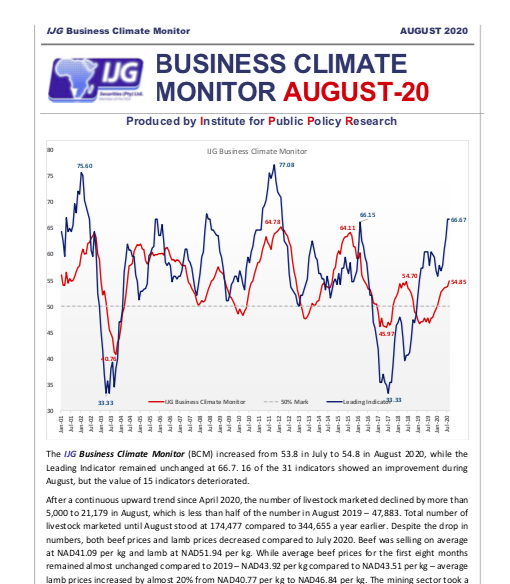 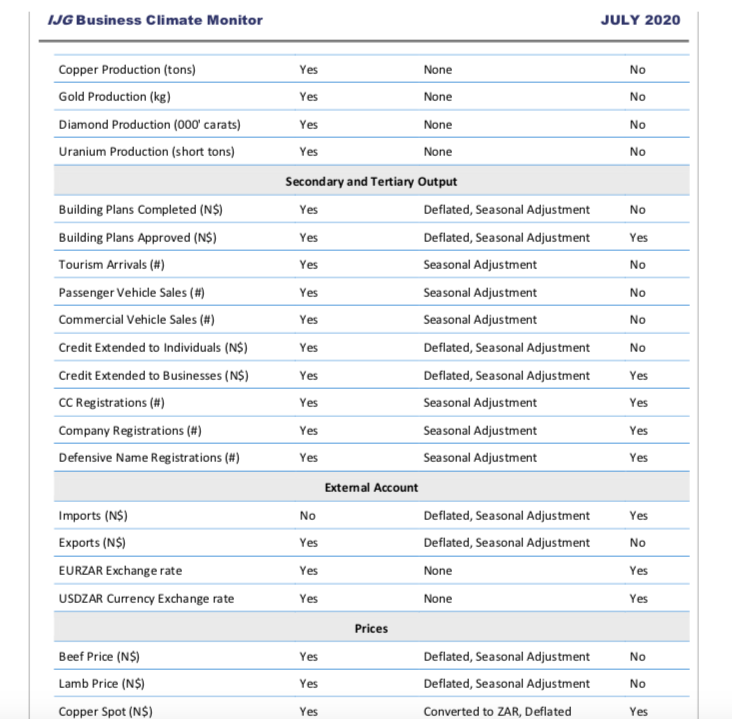 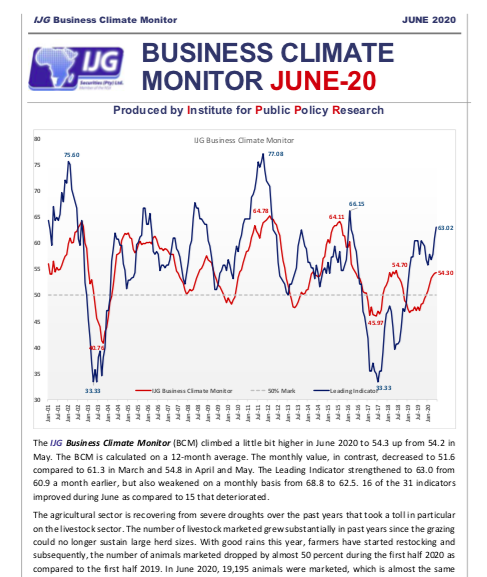 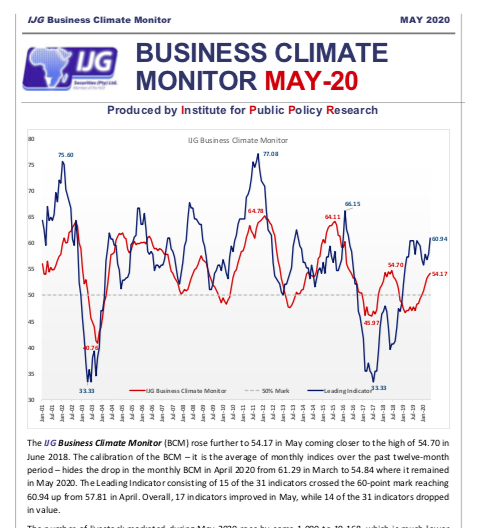 The IJG Business Climate Monitor (BCM) rose to 54.17 in May as a number of indicators showed upticks despite the effects of the COVID-19 pandemic. The way the BCM is compiled – it is the average of monthly indices over the previous twelve-month period – tends to obscure month-to-month drops in the BCM. On a […] 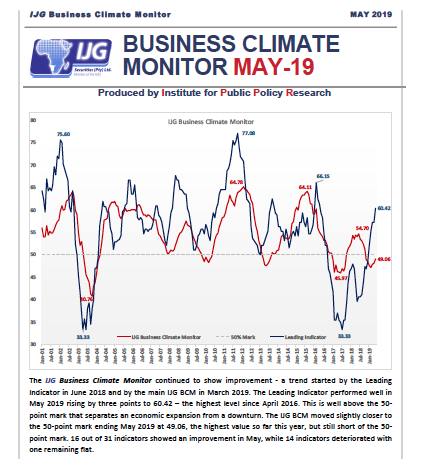 The IJG Business Climate Monitor continued to show improvement in May – a trend started by the Leading Indicator in June 2018 and by the main IJG BCM in March 2019. While business sentiment may be rising, it is still the case that Namibia continues to face considerable economic headwinds. 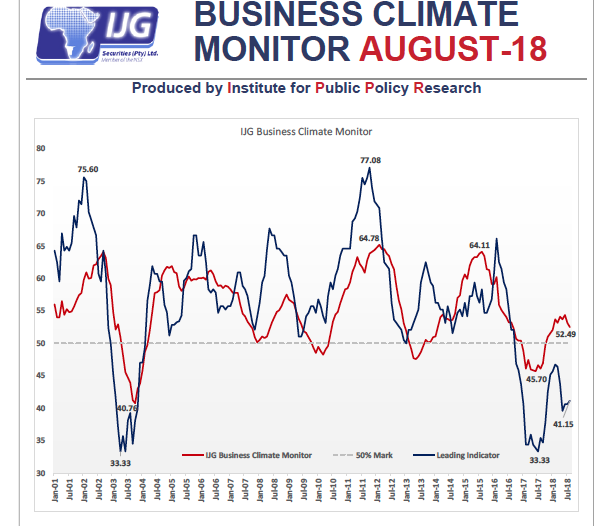 The IJG Business Climate Monitor (BCM) stood at 52.5 points in August – a slight decline of 0.7 on the previous month. Signs of economic recovery remained mixed. Some 14 of the 31 indicators measured by the BCM improved while the remainder declined. On the positive side, livestock sales and cattle prices, building plans approved […] 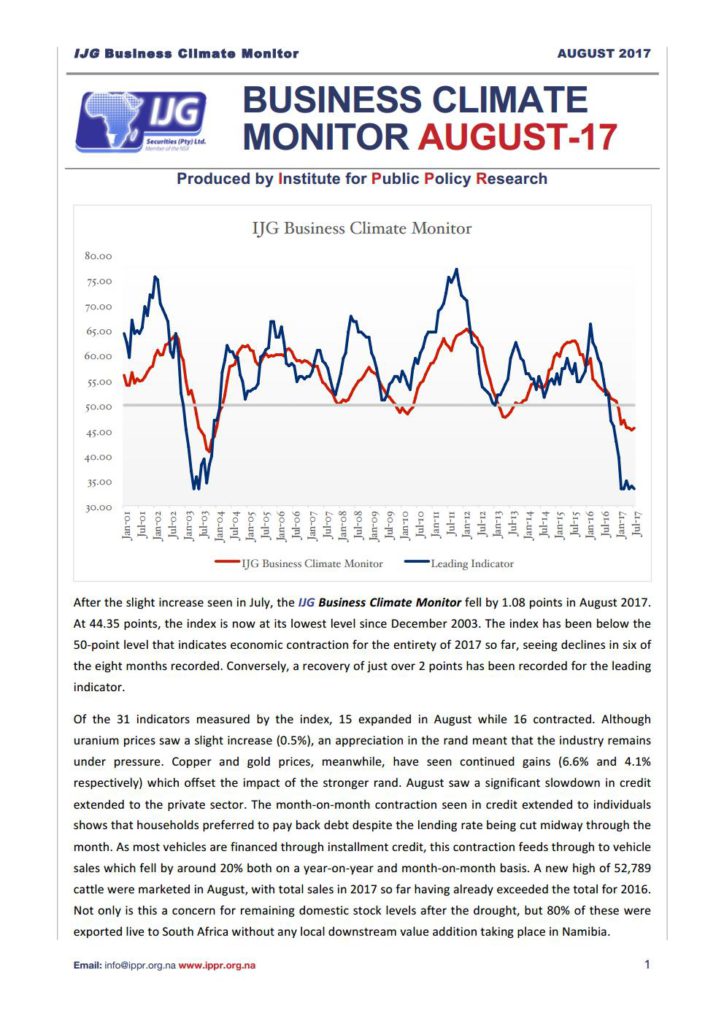 The IJG Business Climate Index is at its lowest level since 2003, and has indicated economic contraction the whole year 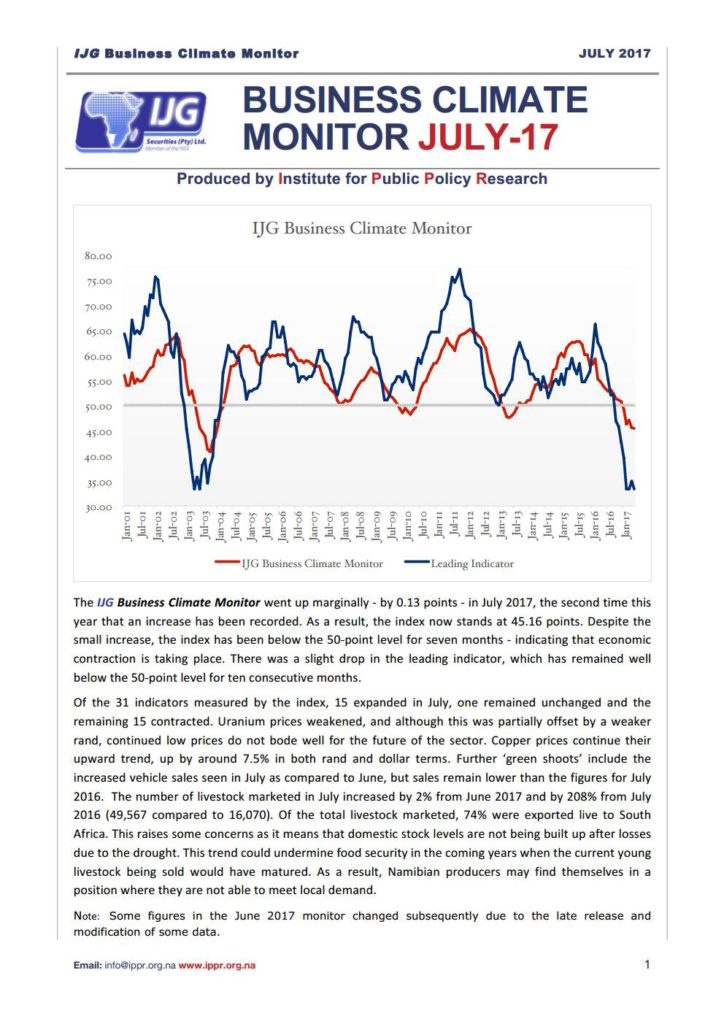 The indicator remains at recession levels, despite some positive movements. 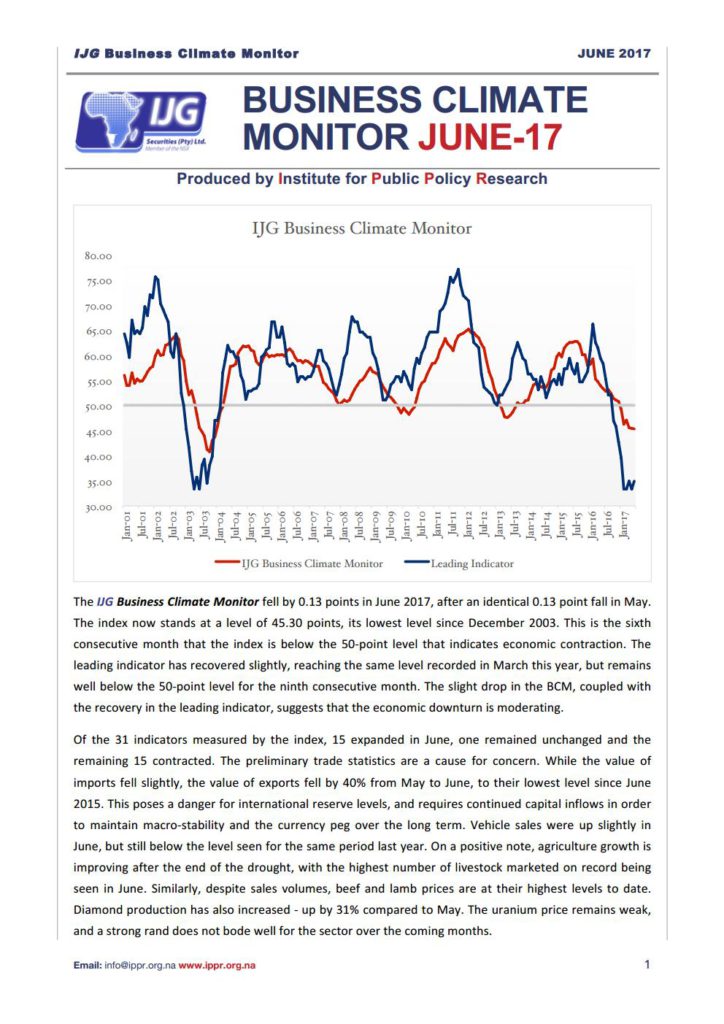 The Business Climate Monitor index fell again in June, making it six months in a row that the index is below 50, indicating economic contraction. This edition of the BCM points to preliminary trade statistics as a cause for concern. 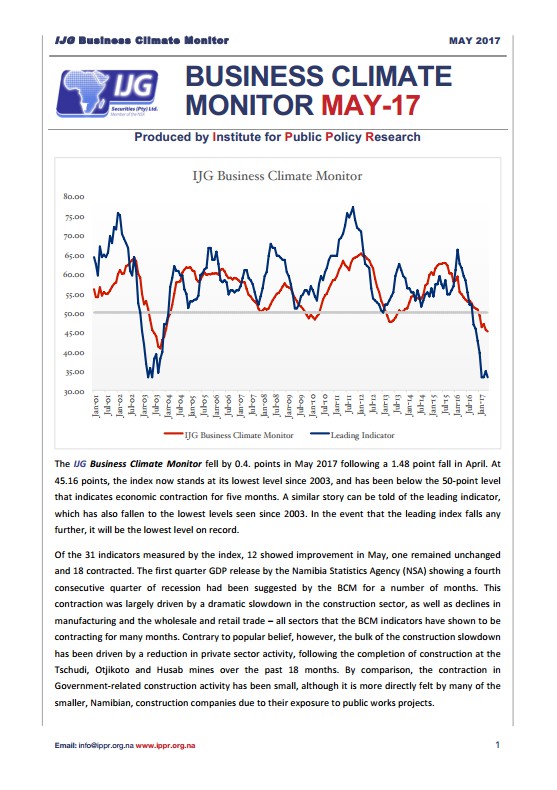 The index is at its lowest level since 2003.