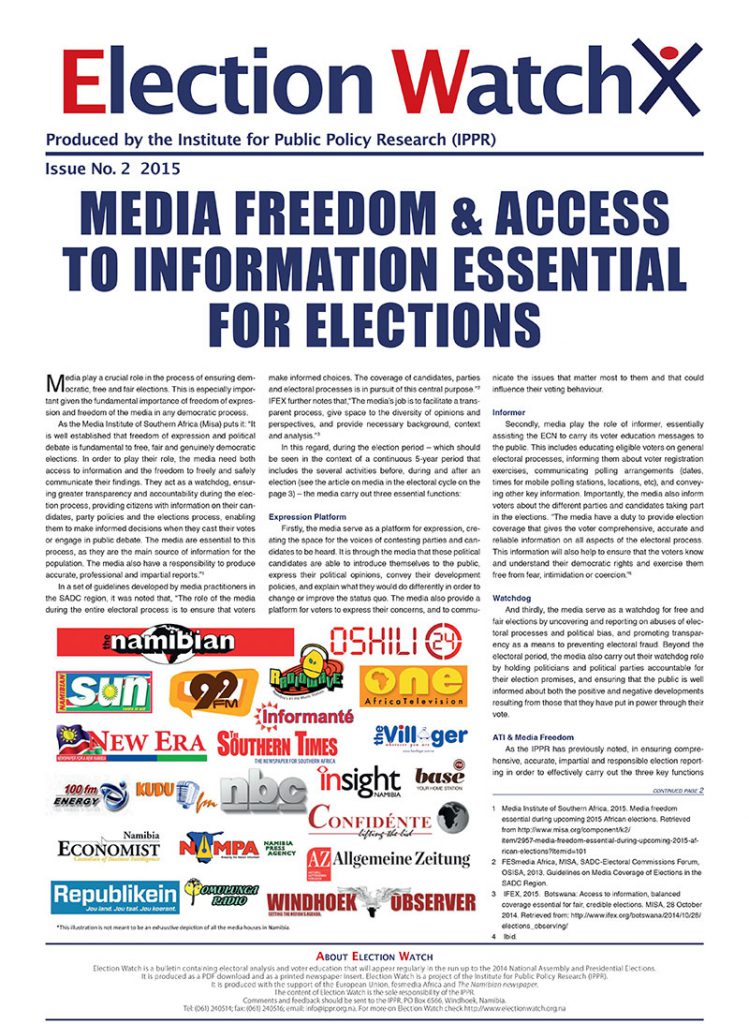 Call for the Release of the 2013 Delimitation Report 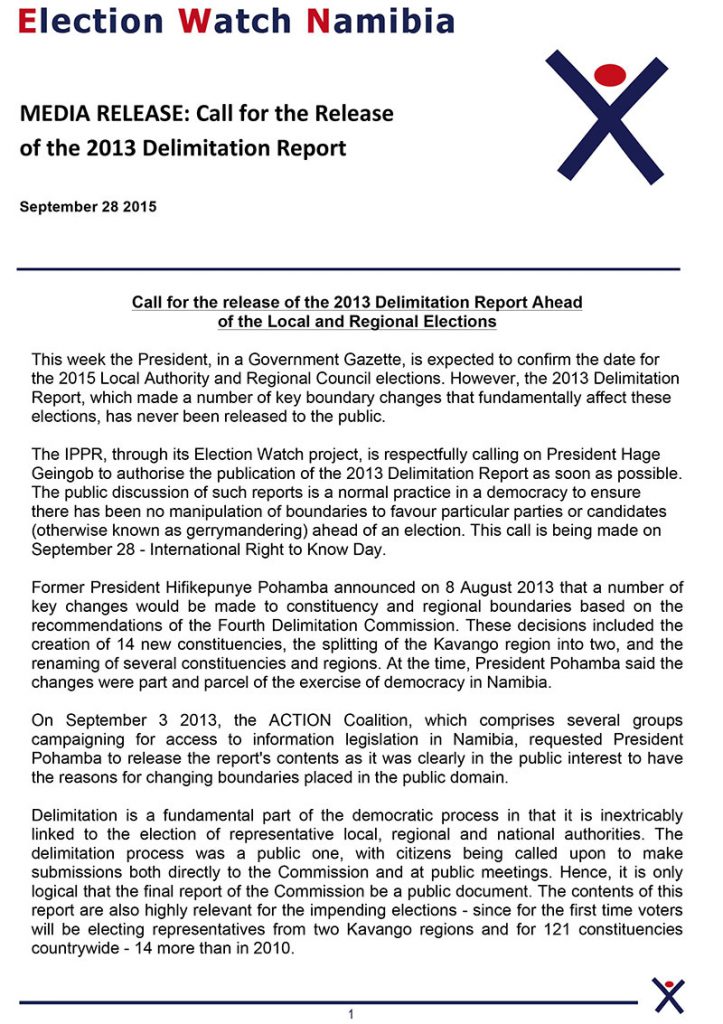 An Overview of Regional Council and Local Authority Elections 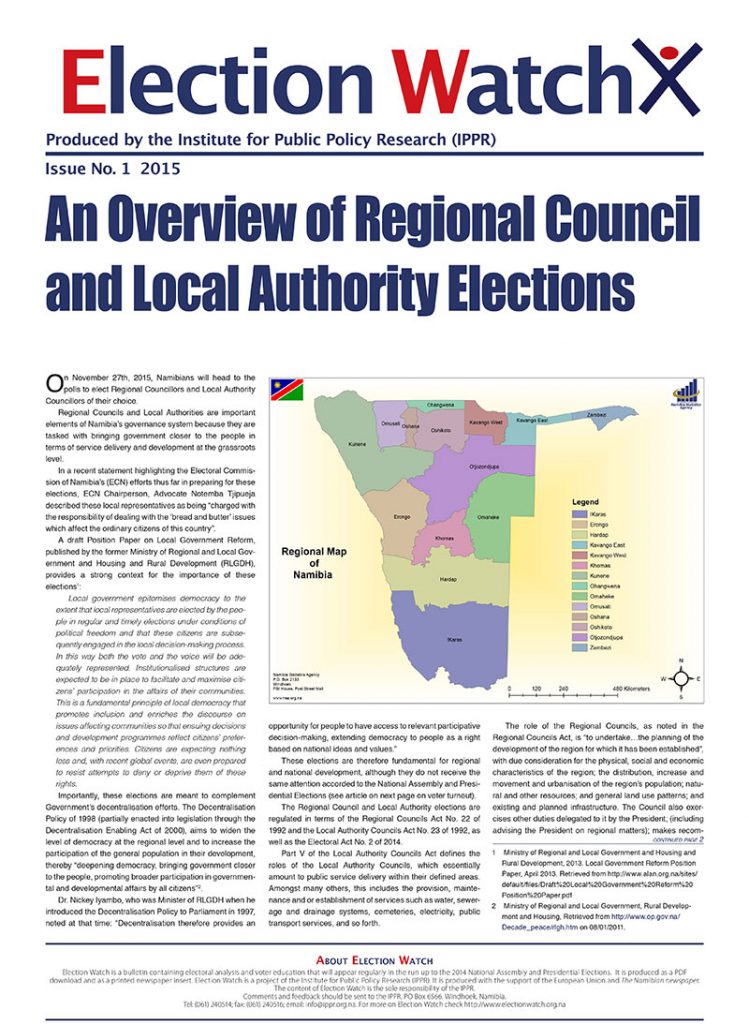 Election Watch – Results of the 2014 Elections

The National Assembly and Presidential results for all 121 constituencies

Essential information for those participating in the 2014 elections

A look at the final voter registration figures, candidate debates and election observers

The importance of political tolerance ahead of the 2014 elections

Namibia’s political system explained ahead of the 2014 elections